Playing games on smartphones has become a favorite pass time for many of us. Whenever we have spare time or want to get some relaxation, we just open any of our favorite games and start playing. However, it is more fun to play with friends or to challenge them via Multiplayer Games. 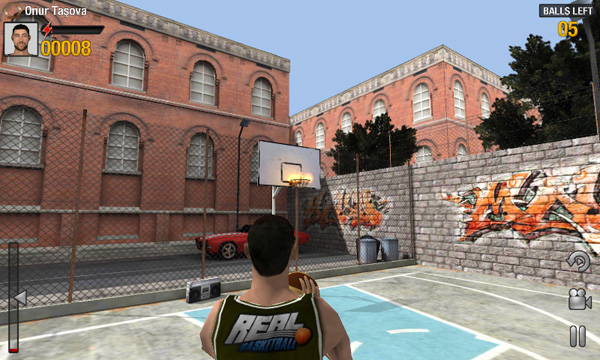 Real Basketball is an addictive game designed for basketball fans, which has become one of the top-rated and most downloaded basketball games on Google Play. The graphics are truly amazing and there are few fun game modes where you can show off your basketball skills.

This game is packed with many elements to build up a beautiful personality such as characters, basketballs, uniforms, and courts. You’ll get a scoreboard that shows you statistics of the game,

The game offers both single and multiplayer modes. The online multiplayer mode enables you to play with friends and other real players. If you are a basketball fan, you will surely enjoy the superb real-life basketball experience with Real Basketball. 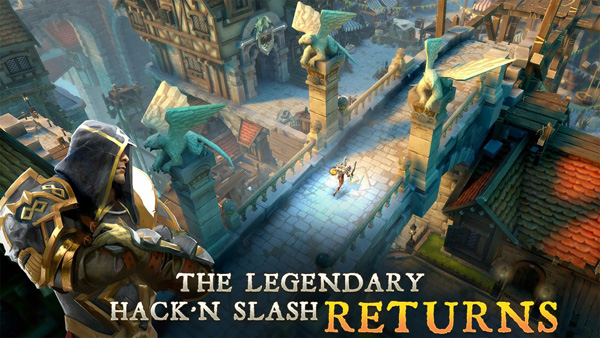 Dungeon Hunter 5 is the fifth installment of the popular action-RPG series from Gameloft. It brings with awesome graphics, epic storylines, and hack n slash gameplay mechanics. As the latest sequel to the Dungeon Hunter series, it introduces the new dungeons, skill and crafting systems as well as the weapon upgrading system. In addition to the solo adventure, the game also has a popular multiplayer component that includes co-op mode where you can play with friends, PVP mode to fight other people, and you can even team up and compete in deathmatches. 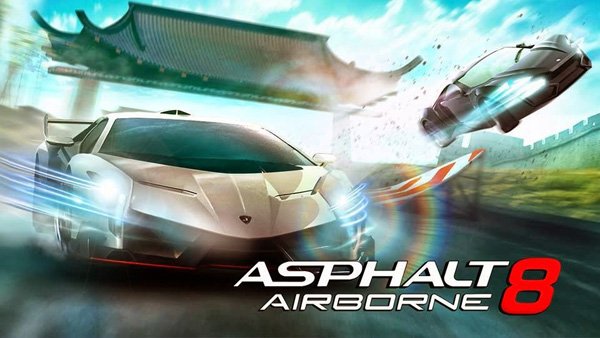 Asphalt 8 is one of the best car racing game for Android. This game has great graphics and amazing sets of cars. You can race in different seasons and tracks, maneuver through the air, and perform stunts while racing.

Airborne offers multiplayer mode with up to 8 opponents. The best thing is that you can play this game on LAN connection with your friends. There are also ghost challenges where friends can challenge your best time on a track and race a ghost of you without you being required to be there. The game is available for free on Google Play. 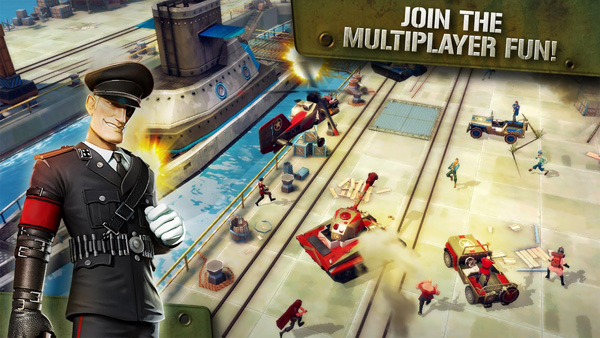 Blitz Brigade is an online FPS (first-person shooter) game that is similar to the popular PC shooter game, Team Fortress 2 or Battlefield Heroes. The game features a colorful 3D cartoonish graphics and a great soundtrack. In Blitz Brigade you can take part in multiplayer battles with up to 12 players and choose to be part of one of five different classes; Soldier, Gunner, Medic, Sniper, and Stealth. Each of them has unique equipment and special features, but you have to unlock them, except Soldier which has available from the beginning. You can use 3 different vehicles in battle and fight with over 100 powerful weapons. Blitz Brigade is the best and the biggest battlefield for Android nowadays. Download Blitz Brigade now for free and enjoy the largest multiplayer shooting online game on your Android device. 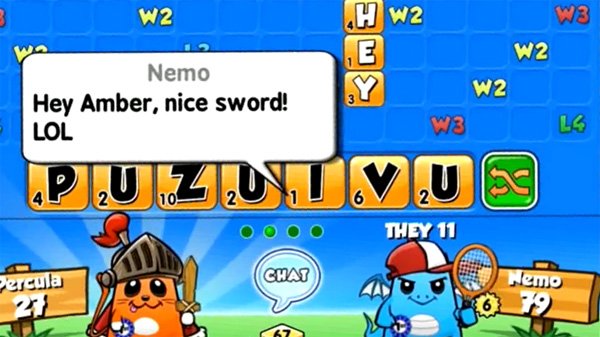 If you love word games, then you should give Word Chums a try. This game is extremely well made with fun graphics and sounds, and the multiplayer mode is like no other, offering customizable characters, a comprehensive dictionary, and the promise of a great time with friends. This game consists 3-4 players and you can play it against your friends, stranger opponents, or Chumbots. 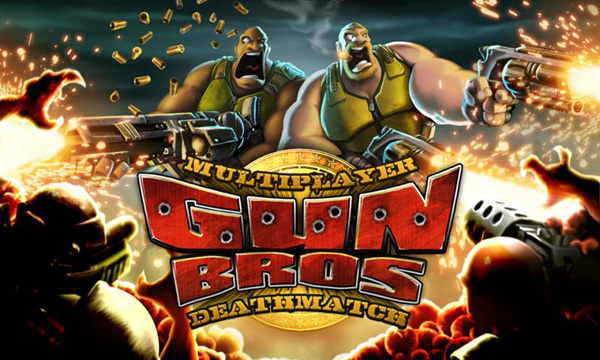 Gun Bros Multiplayer is a dual-stick shooter game like the classic Contra. In the game, you’ll have to wade from planet to planet to free the planet from invaders. There is a huge arsenal of weapons to choose from and the game has an amazing interface. As the name suggests, the game is designed to play with other players. There is also an option to add a favorite player to your friend's list so that you will be able to play together when both of you are online. 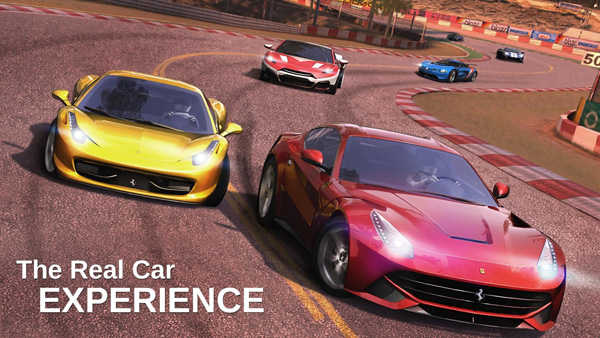 GT Racing 2 is another best racing game developed by Gameloft. Similar to the Asphalt 8, GT Racing 2 features hundreds of cars and tracks with customizations. But this game is more realistic physics and replicated in the game with as close to genuine dynamics as possible.

It features super realistic 3D renditions of 71 actual licensed cars on 13 tracks, as well as different day time and weather while you test your skills, as well as multiplayer mode. In multiplayer mode, you can challenge your friends or with real players from all over the world over the internet. 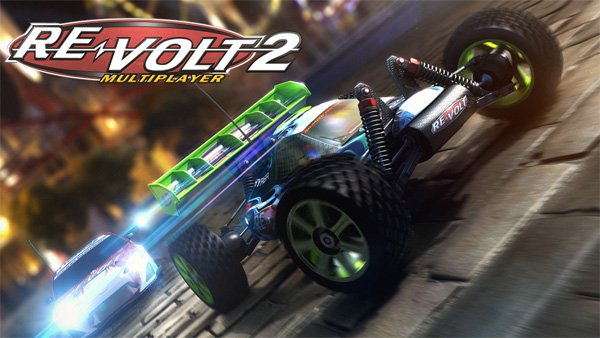 Re-Volt 2: Multiplayer is a simple car racing game that will make you addicted. It is a remake of the classic Re-Volt 2, with the addition of a multiplayer mode. In this new edition of Re-Volt 2, the player can face off with up to 4 players from any part of the world. There are various types of cars you can choose from, which includes racing cars, formula cars, and even monster trucks, you can customize the car according to your need. During the races, players can use different types of powers like missiles, oil, water balloons, etc. There are 4 game modes and more than 264 stages. In each stage, you’ll find different scenes and sketches where you’ll have to compete against either human or computer-controlled opponents. Re-Volt 2: Multiplayer is an outstanding 3D racing game with very good graphics and will surely keep you entertained for hours. 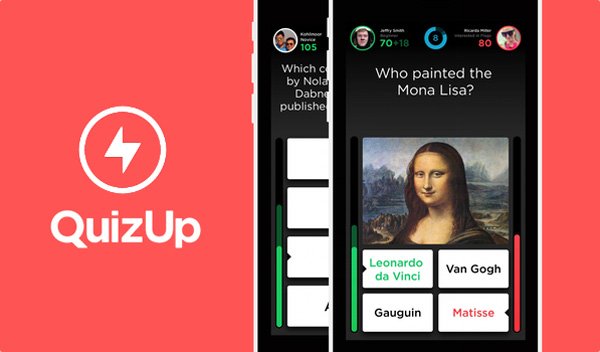 QuizUp is a trivia game that lets you compete with your friends or any other players from all over the world, in various trivia matches. Before each match, you’re paired with a real person and the two of you go head to head in a quiz.

There are over 550 topics to choose from, ranging from arts to history, educational to business, and even games and Android, so you won’t have to worry about ever running out of quizzes to test your knowledge on.

Outside of the quiz aspect, you can chat about your favorite topics in community forums, follow people with similar interests, earn achievements, etc. Once you get into the game and start using all of these features, it offers a reasonably rich experience. There is also a settings menu where you can tinker with things like notifications and sounds. 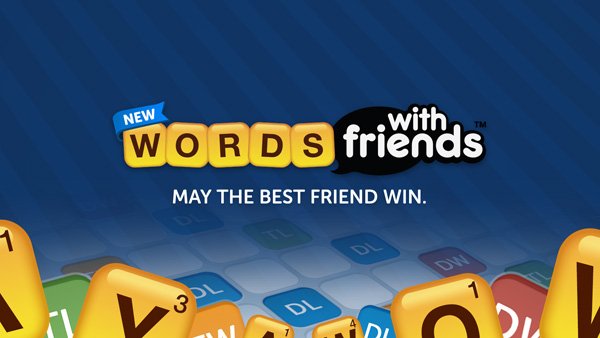 New Words With Friends is a free social word game developed by Zynga with Friends (formerly Newtoy, Inc.). It is similar to the classic board game Scrabble where you have to play against an opponent. You can play by placing words on the board from a selection of 7 letters in your rack. Up to 20 players can be played simultaneously using push notifications to alert players when it is their turn. You can invite your friends to play instantly through Facebook, Twitter, or with random opponent matching. You can also use the chat option to chat with your Multiplayer buddies.